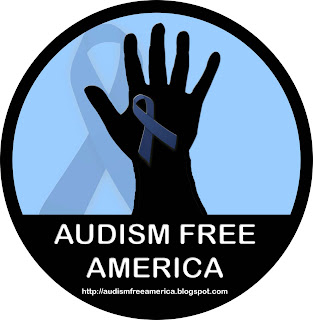 23 January 2012
Governor Mitch Daniels
200 West Washington Street, #206
Indianapolis, IN 46204-2731
Dear Governor Daniels,
In May 2011, Audism Free America (AFA)* wrote to you to express our grave concerns related to the individuals you appointed to the Board of Directors at the Indiana School for the Deaf which lacked transparency and ignored the interests of stakeholders in the Indiana School for the Deaf school and community.
We stated in our letter of May 2011:  ”Your appointments reek of a new strategy aimed at closing Deaf schools which are motivated primarily by budgetary concerns and secondarily by language oppression.”
It is clear that the recent House Bill 1367 that this is a further step in such a strategy and is an overt and systematic effort to ensure the education of Deaf children in your state is moving toward forced assimilation promoted by oral-aural only approaches.  This results in denial of a fully accessible, natural language, cultural identity and education of the whole child for a world in which the languages and cultures of both Deaf and Hearing people are respected.
It is not by chance that recent appointees to the ISD Board and those supporting the House Bill 1367 are both from HEAR INDIANA organization. This organization proudly endorses an exclusionary, oppressive and antiquated method of education for Deaf children dressed up as technologically advanced.  The methodology promoted by HEAR INDIANA/AG BELL Association deny Deaf children access to a natural signed language which has been documented via decades of research to be acquired with the same ease and manner as individuals acquiring spoken language.
“Leaders who do not act dialogically, but insist on imposing their decisions, do not organize the people--they manipulate them. They do not liberate, nor are they liberated: they oppress.”
---Paulo Freire
We join with those who oppose House Bill  #1367 and see it as assurance that  “optimal communication and academic abilities” will be denied to Deaf and Hard of Hearing children in Indiana as the office of management and budget becomes enriched.  Outreach services for Deaf and Hard of Hearing children and their families needs to be left in the hands of professionals such as those at the Indiana School for the Deaf.  We remain gravely concerned that the Governor of Indiana is one of those leaders who work with select groups to impose unjust actions, and thus will remain vigilant in our efforts that justice be served for Deaf children and their families.
Let Freedom Roll!
Ruthie Jordan, Patti Durr, and Karen Christie
on behalf of AFA
Posted by AudismFreeAmerica at 11:02 PM

AudismFreeAmerica
Questions/Comments- Email to AudismFreeAmerica@gmail.com Audism Free America (AFA) is a grassroots Deaf activist organization in the US, which advocates for Deaf American rights, cultural resurgence, and seeks primarily to challenge the ideological foundations of audism in America. Audism is attitudes and practices based on the assumption that behaving in the ways of those who speak and hear is desired and best. It produces a system of privilege, thus resulting in stigma, bias, discrimination, and prejudice—in overt or covert ways—against Deaf culture, American Sign Language, and Deaf people of all walks of life. AFA is committed to: 1. human and linguistic rights of Deaf people 2. unmasking audism and media misrepresentation 3. advocating for future generations